“Sporting is thrilled to expand our great partnership with Domino’s,” said Justin Compton, Sporting Kansas City’s Vice President of Corporate Partnerships. “This is a tremendous example of a partnership that goes beyond the traditional assets of a professional sports team and venue thanks to the additional opportunities made possible through our one-of-a-kind youth soccer platform.”

“With explosive growth of soccer in this market, it makes sense for Domino’s to partner with a brand like Sporting Kansas City,” said Poulsen.  “Domino’s is now a proud supporter of youth and professional soccer teams in both Kansas City and Wichita.”

As part of the agreement, Domino’s products are now sold at a branded concession stand in the southeast corner of Children’s Mercy Park on Sporting KC home matchdays, as well as at concession kiosks at Swope Soccer Village in Kansas City, Mo., and Wyandotte Sporting Fields in Kansas City, Kan., during youth soccer leagues and tournaments.

In addition, soccer fans in the Kansas City, Topeka and Wichita areas can take advantage of a season-long promotion offering 50% off regular-priced orders online at Dominos.com or via the Domino’s app on Sporting KC matchdays with the code SKC50.

Domino’s will also have the opportunity for on-site activations during Sporting’s Academy Affiliate events in Kansas City to engage with players and families from all 12 Academy Affiliates across a six-state region. In addition, Domino’s will be a sponsor at The Victory Gala (Aug. 23), Sporting Invitational (Sept. 9) and Pitch Black (Sept. 27), three of Sporting Kansas City’s marquee annual events that each benefit The Victory Project in its mission to help children battling cancer and all of life’s challenges. 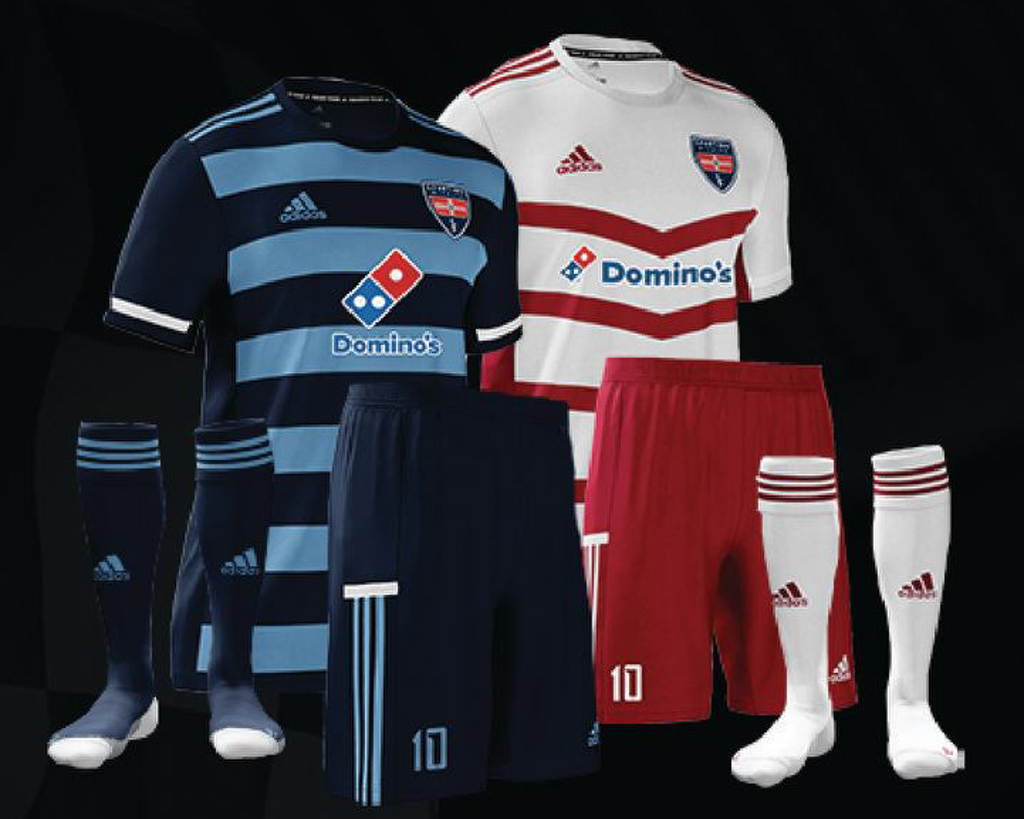